You are here:
View cart “Praying With the Earth” has been added to your cart. 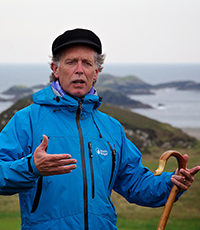 John Philip Newell is a poet, a scholar and a teacher. Formerly Warden of Iona Abbey in the Western Isles of Scotland, he is currently Writer Theologian for the Scottish Cathedral of the Isles as well as Companion Theologian for the American Spirituality Centre of Casa del Sol in New Mexico. He is internationally acclaimed for his work in the field of Celtic spirituality, including his best known titles Listening for the Heartbeat of God and his poetic book of prayer Sounds of the Eternal.

He is a Church of Scotland minister with a passion for ecumenical and interfaith dialogue. Canadian by birth, he lives in Edinburgh with his family where he undertook his doctoral research in Celtic Christianity. Since then he has played a leading role on both sides of the Atlantic in the re-birthing of a creation spirituality for today.