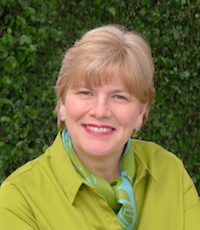 Covita Scelsa Moroney has performed with a diverse range of ensembles, from the San Antonio Symphony to the Smith Brothers blues band and everything in between. During her first years in Texas, she landed gigs with a variety of bands: country, jazz, blues, folk and rock. Covita has performed in Texas Dance Halls, elegant theaters such as San Antonio’s Majestic, and major cathedrals across the United States.

In 1989, having been active in choral music in school, Covita founded the San Antonio Vocal Arts Ensemble (SAVAE). SAVAE has three recordings of early music from Latin America, one of which appeared on Billboard Magazine’s World Music charts. SAVAE tours frequently, and has performed for audiences from New York City to Seattle. As a SAVAE member Covita sings as well as plays a variety of instruments.

Moroney currently lives in San Antonio, Texas. She is a member and founding manager of SAVAE, a peaceCENTER volunteer, retreat facilitator, Dances of Universal Peace leader, member of the American Society of Authors, Composers and Publishers, a Reiki II practitioner, and performs her original music at coffeehouses, retreats and house concerts. Covita follows the Sufi spiritual path, “Toward the One.”

To see other works by Covita Moroney and the San Antonio Vocal Arts Ensemble go to www.savae.org