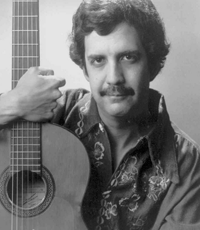 Americana music fans do a double take when Ben Bowen King starts playing. Walking on stage with a resonator guitar and a slide on his pinkie finger, people expect to hear the “country blues” of Robert Johnson or Charlie Patton.

But when King starts playing there aren’t any songs about hellhounds or deals with the devil at the crossroads. Instead, tunes about the “Sweet By and By,” “Gathering At The River” and “Amazing Grace” tumble out of his guitar.

King’s focus is the music of the sidewalk saints — the guitarists who played gospel tunes on America’s street corners during the 1920s and 30s. The music from the era is a snapshot of the roots of Americana music — it contains elements of the blues and African-American music as well as touches of ragtime jazz and Appalachian ballads.

His most recent release in the roots gospel tradition is “A Laying on of Song,” a CD that continues to mine the pre-WWII era of gospel music played by circuit riding preachers.

King, a fifth generation Texan, initially recorded three albums, which featured Tex-Mex and jazz, for the legendary Moses Asche on what is now the Smithsonian Folkways label. He also recorded an album, “Southwestern Scenarios,” on Vanguard produced by noted Blues historian and record producer Sam Charters.

Later albums, such as “Coyote Moon,” ended up on Billboard charts. However, King started his own Talking Taco label in the 1990s which features a catalogue of over 60 titles ranging in styles from Native American and Tex-Mex to cowboy guitar and Celtic. Talking Taco artists hail from throughout the U.S. and Europe.

Live performances for King have found him playing everywhere from live broadcasts for NPR from the New York’s Mercer Theater to the occasional retirement center and church picnic.

Ben King’s music is on Days of Grace: Meditations and Practices for Living with Illness.