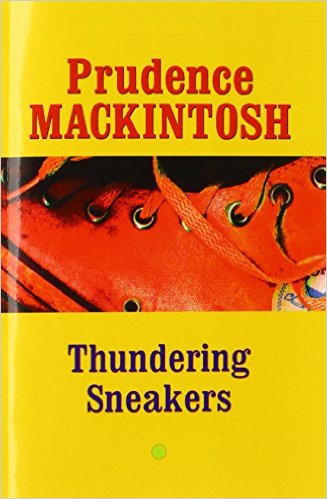 Thundering Sneakers begins the story of the Mackintosh boys. In these essays, Prudence Mackintosh describes the delights and terrors of living with little boys who are determined to be boys, despite the carefully nonsexist childrearing practices of the 1970s. With telling vignettes of boyish disasters that drive her to despair, as well as the rare quiet moments of hugs and confidences that make it all worthwhile, she perfectly captures the early years when a young mother still looks for “the real mother” to come and bail her out.

A contributing editor of Texas Monthly magazine, Prudence Mackintosh is a popular author and public speaker, whose commentary on family life, schooling, Texas women, and Dallas architecture has also appeared in such magazines and newspapers as McCall’s, Ladies Home Journal, Redbook, D Magazine, Parenting, and the Dallas Morning News. She lives in Dallas with her husband, John A. Mackintosh, Jr., with whom she looks forward to completing the conversations interrupted by their sons thirty years ago.