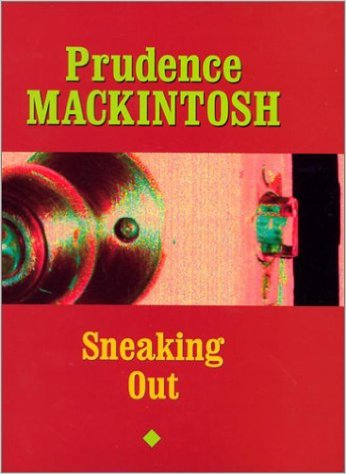 From the endless battles of sibling rivalry to the endless worries about getting indifferent students into and then graduated from college, raising boys is the adventure of a lifetime for any mother. Prudence Mackintosh has not only survived the adventure but has also written about it with her signature wit and style. Her essays about life with sons Jack, Drew, and William have entertained the readers of Texas Monthly and other prominent magazines for nearly three decades, offering solace to similarly beleaguered parents and a knowing chuckle to everyone who enjoys watching the real-life sitcom of a fundamentally happy, intact family. Sneaking Out completes the story that Mackintosh began in her earlier books Thundering Sneakers and Retreads. In this collection of new and previously published essays, she recounts life with her adolescent sons as they race headlong to first jobs, first driver’s licenses, first girlfriends, and first flights away from the family nest. She also follows them into the college years, when both parents and sons have to find a new balance in holding on and letting go. Along the way, she offers wise and witty reflections on being a woman at midlife, supporting her sons through the beginning of their adult lives and her parents through the end of theirs.

A contributing editor of Texas Monthly magazine, Prudence Mackintosh is a popular author and public speaker, whose commentary on family life, schooling, Texas women, and Dallas architecture has also appeared in such magazines and newspapers as McCall’s, Ladies Home Journal, Redbook, D Magazine, Parenting, and the Dallas Morning News. She lives in Dallas with her husband, John A. Mackintosh, Jr., with whom she looks forward to completing the conversations interrupted by their sons thirty years ago.